“Should Blackmore’s theory turn out to be true, there’s little doubt she will be remembered as one of the great thinkers of the 20th century.”
Barry Lyons reviewing The Meme Machine 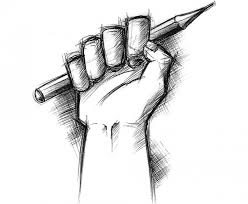 Je suis Charlie and why

My discussion with Jordan Peterson on Premier Christian Radio, part of The Big Conversation video series from Unbelievable? “Do we need God to make sense of life?”. 8 June 2018

Interview with Mel van Dusen at his home in California, on Genes, memes and tremes,  08 August 2017

Dan Dennett has just sent me a link to his latest lecture at the Santa Fe Institute – and there’s lots about memes. June 2017.

Susan Blackmore talks to a student group at CogNovo’s summer school “ColLaboratoire” (University of Plymouth), on Consciousness in treme machines.Inspired by the students’ question ‘Could the Internet be conscious?’ 19.08.2016 watch on Vimeo

Twitterbrain – how analyses of viral memes is helping track information spreading in the brain.

and a must-watch video
‘This video will make you angry‘ is a brilliant rant about ‘thought germs’. What a shame it mentions the word ‘meme’ only once.

The Eye of the Tremes
Watch our New Video. This is based on the idea that the phones, computers and servers we are building are becoming interconnected like neurons in a brain. But this treme machine has no eyes. Or does it? With the advent of drones we may have found the eye of the tremes.

I have had such trouble with the term ‘temes’ that I am trying ‘tremes’ instead. I am sorry if this is confusing but I hope it might help.

100 walked out of my lecture on memes. On the RDF website with hundreds of comments. Aug 2014

Practical Memetics: A huge new website by Martin Farncombe devoted to understanding memes in business and organisations, includes extracts from my work.

A fun article on Internet memes in the Virgin Australia Inflight Mag -refers to ‘the burgeoning field of memetics’!

To find out more about temes, watch my TED talknow podcast in English and with a choice of subtitles in 21 other languages! or short lecture at the Hay Festival 2011 “Genes, Memes and Temes”
read a book chapter
a blog from Hassners on my lecture
or read the Feature article in New Scientist .

Podcast interview with Sue on US Public Radio To the best of our knowledge about memes and temes. 29 July 2012

Jonnie Hughes article in The Independent 14 July 2012 on his new book On the Origin of Tepees.

Edge Question 2009 What will change everything?
Read my response – Artificial, self replicating meme machines.

This site began with the Bristol based memelab. I hope to provide a simple, but useful, resource for finding out what is happening in the world of memes and memetics.

Links to other memes

To watch or listen …

Interview  on memes with Karol Jalochowski, with subtitles in Polish, Jan 2012

Internet memes on The Pod Delusion 2010

Is God a dangerous delusion? A debate with Alister McGrath at Bristol University, 13.11.2007

Darwin Day Lecture “Darwin’s Meme: On the origin of culture by means of natural selection” , , University of Central Lancashire, 12.02.07 Abstract

The Future of Memetics audio of a lecture given at Pop!Tech 2005

my blog at CiF is about Internet memes April 2011

The Edge Question 2010. How is the Internet changing the way you think?  See my response on Self and the Third Replicator as well as previous answers.

Articles in New Humanist – Natural selection applies to everything, in Aesthetica – Memes, Creativity and Consciousness, and  follow up to Massimo Pigliucci’s objections to memetics in Skeptical Inquirer 2008.

Review of Richerson and Boyd’s new book Not by Genes Alone.

Interview with Pascal Jouxtel for the la Société Francophone de Mémétique, in both French and English

… and Old (1997)! Interview with Andrew Brown for Salon Magazine