In Search of the Light: The Adventures of a Parapsychologist 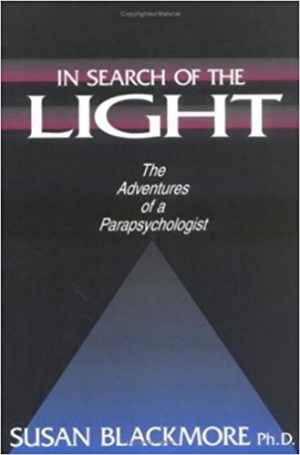 “‘a classic’ in the annals of skeptical literature” Skeptical Inquirer

This book is an updated version of the original 1986 “Adventures of a Parapsychologist”, with three new chapters and an index. It tells the story of how I started out as a dewy-eyed believer in all things paranormal and had my world shattered by doing experiments. I never found any of the phenomena I had so earnestly believed in.
I hoped the book might not only be a fun story to read, but serve as a warning to all those young researchers who, like me, want to devote their lives to studying something that (I now think) probably doesn’t exist.

The new version reveals more about my suspicions of scientific fraud, and my investigations of Carl Sargent’s experiments in Cambridge. You can read part of this story in this excerpt from the book.